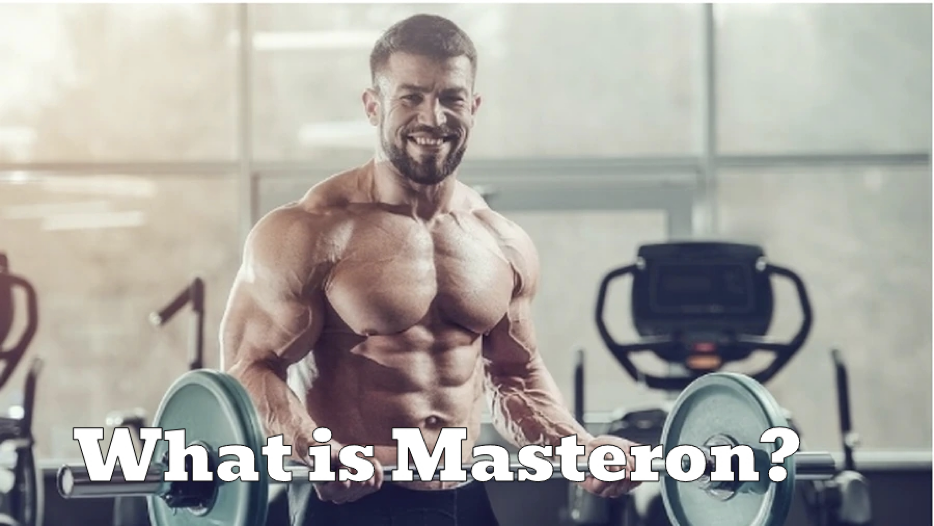 Masteron is a steroid that’s derived from dihydrotestosterone (DHT) with a slight chemical alteration that gives Masteron a higher anabolic rating than DHT itself.
There are two different versions of Masteron:

These are simple the Drostanolone compound with a different ester attached to control the release rate and the half life of the steroid once its in the body. The ester itself has no affect at all on the activity of Masteron as it becomes attached over time once you’ve administered the steroid, leaving Masteron to take full effect.
Propionate is the most common form of Masteron, with Enanthate being harder to find even though it comes with a benefit of less regular injections because of its longer half life. Both forms are relatively difficult to find as they are no longer manufactured in US pharmaceutical labs, so purchasing needs to be done on the black market and underground and this leaves you open to counterfeits and low quality products.
The cost of Masteron in both forms has reduced in recent times so once you locate a trusted supplier this can become one of the more affordable steroids to include in your cycles.

Masteron is an excellent inclusion in a cutting cycle so the results you can expect relate strongly to physique enhancement and overall fat loss. The lack of aromatization is what makes Masteron such a powerful cutting compound as you will not suffer the bloating effects of water retention.
Not only that, but the anti-estrogen activity of Masteron can also help remove any existing subcutaneous fluid retention which will greatly contribute to physique hardening effect, ultimately giving you that sought after chiselled and dry appearance.
It’s important to know that these effects are only achievable at the maximum level if you’ve already achieved an exceptionally low body fat ratio where Masteron is then used for the final most extreme physique enhancement; often before a contest.

Masteron is put to best use in a cutting cycle. It is often considered to be a weaker steroid because of its lack of mass building capabilities, but not all steroids are meant for bulking and this is one that has a very niche and specific purpose which will suit anyone who wants the most extreme possible results from a cutting cycle.
Here are the main benefits and effects you can expect from Masteron:

Masteron can enhance the loss of fat but is not a specific fat loss compound. It can build upon your already lean body and also works well when combined with powerful fat burning steroids like Winstrol. Additionally Masteron isn’t a muscle mass gainer but can help with overall muscle hardening.

With no water retention to bloat you and stand in the way of that much desired dry and hard look you want to obtain, Masteron is the ultimate late stage cutting steroid for physique enhancement whether it be as a serious personal goals or for competition purposes. If your body fat is already at a low level you stand to gain the most from Masteron as it helps to bring out your tone. Therefore this is a steroid that will be valued by those who have already put in a heap of work with other compounds previously, and with a well planned restricted calorie diet and suitable workout program.

Masteron can provide some moderate boosts to strength which helps enhance workouts and is a benefit to those users wanting some strength gains without the associated large mass gains that come with many other stronger anabolic steroids.

Increases Effect of Other Steroids

Most people will be stacking other steroid compounds with Masteron and one of the additional benefits of doing is is not only to gain the positive effects of Masteron itself as part of the stacked cycle, but also in the way Masteron can help the other steroids to work more effectively for multiple reasons. One is thanks to Masteron’s good anti-aromatase and anti-estrogen properties.
But lesser known is the way Masteron can prevent the binding of some Sex Hormone Binding Globulin (SHBG) to other steroids in the cycle, which can reduce their effectiveness. By limiting this binding activity, other steroids you are taking alongside Masteron will be able to operate more fully at their maximum potential. These properties make Masteron an ideal steroid for stacking with many other types of anabolic steroids.
Another great benefit of Masteron is that not only does it not aromatize and therefore not cause any estrogen related side effects, but it’s also known to have some anti-estrogen properties. This is what’s made it powerful as a breast cancer treatment drug. Depending on what other steroids you combine with Masteron in a cycle, those with less potent aromatizing effect but with some estrogenic activity may be able to be offset by the anti-estrogen activity of Masteron itself.
Up next we’re going to take a look at a few common benefits associated with running a cycle.

Getting the best possible results from Masteron will not only depend on how good your training and diet is while you’re using the steroid, and what other compounds you might stack it with, but just as important is your dosage and cycle length. With a bit of planning you can create the perfect cycle for your experience level and your personal goals.

For the vast majority of users the dosage of Masteron will be kept at a low level. This is not a mass building steroid and increasing the dose in an attempt to gain muscle will be futile, with other compounds being much more suitable for that purpose. For physique enhancement Masteron has no need to be taken any higher than 400mg per week.
Beginners are unlikely to want to go any lower than a 200mg weekly dose of Masteron for physique enhancement so this is considered a good starting point if its your first time using this compound. Unlike most other steroids though, increasing up to or near the maximum recommended dosage for any experience level is possible and even encouraged for beginners with Masteron. That means beginners can confidently use 400mg weekly as it is at that level where Masteron’s hardening and other physique enhancing effects really kick in, and this is the case no matter what level user you are making this one of the very few steroids where beginners are able to confidently use the same amount of the compound as even the most advanced users.
Just as with beginners, intermediate level users will do very well at the 400mg weekly dose as there are no benefits to going any higher, nor can maximum possible results be yielded with a much lower dose. 400mg is considered the sweet spot of Masteron use in any cycle regardless of what an intermediate user will be stacking it with.
Advanced users generally also stick with a 400mg dose with the full knowledge that Masteron does not and can not act as a primary anabolic steroid in any cycle, with that role going to other compounds which much stronger anabolic effects.

The timing of your Masteron doses is going to fully depend on which variant you are using. If you’ve been able to obtain the Enanthate variant it’s possible to inject just twice weekly where your weekly dosage will be split into the two injections. If your weekly dosage is set to 400mg, split it to 200mg per injection twice each week.
It can be tempting to take the entire dose in just one injection per week, to cut down on the overall number of injections you need to administer, but you run the risk of blood levels not staying optimized for the entire week. Splitting the dose ensures a stable and optimal level of Masteron throughout your entire cycle.
If Drostanolone Propionate is your selected variety then you will need much more frequent injections because of its shorter elimination half life where the effects will quickly decline if you are not administering the hormone regularly. This variant of Masteron should ideally be injected every single day of the cycle, although you might be able to get by with one injection every two days although it is not considered ideal. For best results, Propionate should really be taken once daily so you are certain your levels are being maintained at the most stable level.